In a beauty market worth billions, many players have made wild claims about the age-defying properties of their lotions and potions.

But few have been so daring – perhaps even crazy – to assert that their cream can banish wrinkles in seconds. For £50.

Such were the outlandish claims of My Perfect Eyes that it found its TV ads being reported to watchdogs. 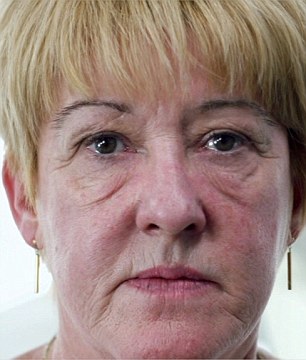 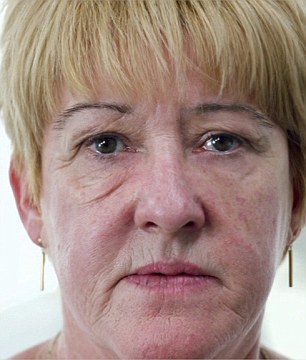 Now you see it, now you don't: A deep wrinkle below the woman's left eye (left) vanishes one minute after the cream is applied. A pot of My Perfect Eyes costs just £50

Many cynics then sat back and waited for it to get a dressing down. But remarkably, the Advertising Standards Authority has instead given the product the thumbs up. It ruled that the cream really does smooth out wrinkles around the eyes – although only temporarily.

Importantly, there are no claims to rejuvenate the skin. Instead, the cream, which costs around £50 for 200 applications, effectively creates a temporary see-through film that tightens the skin as it dries.

This film then continues to work its magic for up to ten hours, giving a more youthful appearance, before everything drops again.

The product is made by an Australian firm, which claims it is loved by A list stars such as Sarah Jessica Parker, Brad Pitt and Juliette Binoche. The TV ad for My Perfect Eyes featured testimonials from customers and a voiceover making the claim that it ‘appears to temporarily reverse time’. A time lapse sequence showed the cream visibly tightening the bags under one eye over just 60 seconds. 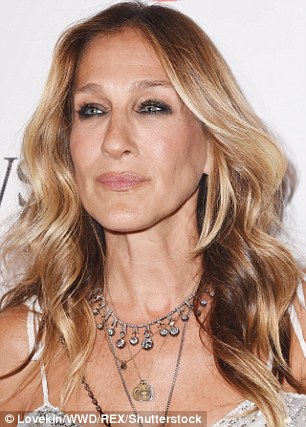 Line free: Sarah Jessica Parker is said to be a fan

And photographs of a woman ‘before’ and ‘after’ using the product showed that the puffiness under her eyes and her crow’s feet wrinkles had decreased. A UK dermatherapist, Dr Hugo Kitchen, was then heard praising the performance of the cream based on detailed before and after scans. The manufacturer, The Perfect Cosmetics Company, which sells the cream through Amazon and TV home shopping channels, presented evidence from a trial to verify the cream’s effects.

The clinical trial involved a ten- hour study with 24 people where one eye was treated with the cream and the other was not. The ASA said: ‘The study reported an improvement in a significant majority of subjects with fine lines and wrinkles, as well as swelling. In addition, the study showed that in 50 per cent of the subjects, the treated eye was assessed to be “markedly better” than the control eye, at all three time points.

‘We considered the effects seen were down to use of the product.’

Significantly, in a ruling published today, the ASA said: ‘We concluded the claim made by Dr Kitchen, which was accompanied by the ‘before and after’ photos, did not misleadingly exaggerate the effects of the cream.’ 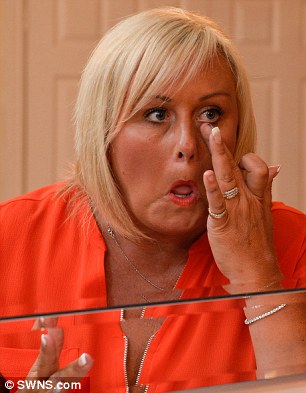 Mother of two Lorna Pountney, 41, began using My Perfect Eyes after trying several different wrinkle creams. The teacher says she has been so impressed, even her husband Carl occasionally uses the cream.

She said: ‘As I approached 40, I began to notice I had dark circles under my eyes as well as crepey bags. I didn’t want to go down the surgery route or have anything too invasive like Botox so I started using eye creams for the first time.

‘I tried lots of different brands … and while a few of them worked, the effects only lasted about half an hour.

‘It was a friend who recommended My Perfect Eyes. I went online and saw there was an offer on for one of the bottles – it cost around £45 for a bottle containing 200 applications but there was also a free gift of some day cream. There was also a money-back guarantee so I had nothing to lose.’

Mrs Pountney, from Rugby, said: ‘There’s a slight tingling sensation as it dries on your skin but not at all uncomfortable. And within less than five minutes, the dark circles disappear and the lines are much smoother. Not only that, but the effects lasts for a good eight to ten hours.

‘I’ve now recommended it to lots of friends who have noticed a difference and started using it. Even my husband likes to use it occasionally. He works night shifts and I advised him to try it.

‘He was dubious at first but having seen the difference it’s made, he’s dabbed it on his eyes four or five times now when he’s really looking tired.

‘I know people say no anti-ageing cream really works, but in our experience this one really does.’